I Would Personally Like To List Monero: Coinbase CEO Gives Reason Why XMR Is Not Listed Yet 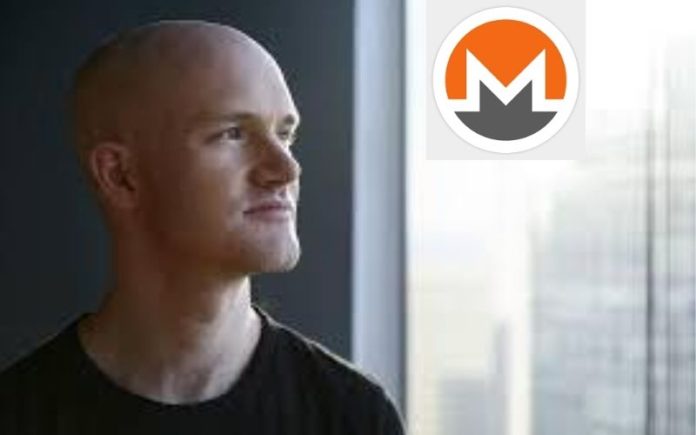 The CEO of Coinbase, Brian Armstrong has stated the reason why the privacy token, Monero (XMR), has not been listed on the US-based trading platform.

Armstrong shared this while in a conversation with a popular crypto pundit Peter McCormack on the “What Bitcoin Did” podcast. There, he said that he would personally like to list Monero (XMR).

Why Coinbase Has Not Listed Monero (XMR)

Monero (XMR) is the 16th largest cryptocurrency and is the most popular of the privacy tokens in the market. However, the crypto exchange Coinbase has not listed the digital token XMR for its over 30 million customers due to the stance of regulators about privacy tokens.

“We haven’t been able to list that (at least in the way that we would like) because of those reasons.”

Coinbase CEO pointed out that regulators are used to approving digital coins during “behind-the-scenes” dialogues.

“Regulators are not going to come out and make an official law or declaration sometimes that’ll say ‘This is allowed and this is not’”, adding that getting sued by regulatory bodies is part of doing business but it’s an expensive part that they would like to avoid.

“I want us to be the company that stands the test of time and doesn’t get taken out by some kind of enforcement action or cascade of events, or whatever,” Brian Armstrong stated.

Coinbase Heavily Criticized For Selling Analytic Software to US Government

About two weeks ago, Coinbase received heavy criticism from members of the cryptocurrency community on Twitter for selling analytic software to the United States Secret Service (USSS).

Some critics went to the extent of urging others to delete Coinbase, stating that the firm is not good for Bitcoin (BTC) and cryptocurrencies at large.

Following the criticisms, the CEO of Coinbase Brian Armstrong came in defense of the intention of the exchange. He tweeted, “Blockchain analytics software is nothing new – has been around a long time – it uses publicly available data to try and track crypto transactions – usually to catch bad actors.”

Cardano’s IOHK Distributes $250,000 Worth of ADA to Project Catalyst