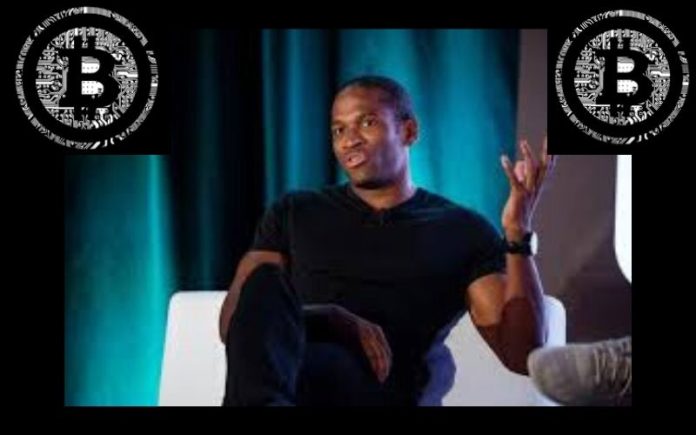 The co-founder and CEO of BitMEX crypto exchange, Arthur Hayes, has recently made a Bitcoin (BTC) price gesture after a negative tweet patterned after Elon Musk’s trending tweet about Tesla stock.

Everyone is starting to join the Joke of the founder of Tesla Elon Musk, which allegedly made Tesla stock lose relatively $10 billion in a very short while.

This came about after a user that described himself on Twitter as ‘Crypto Memelord’ shared patterned a tweet after Elon Musk’s meme. He wrote, “Bitcoin price is too high imo”

“Funding secured, I’m taking Bitcoin private at $420,000. Many thanks to the Vision Fund for their support.”

Funding secured, I’m taking #bitcoin private at $420,000. Many thanks to the Vision Fund for their support. https://t.co/NAntTqE6hB

According to a recent article published by Binance, the largest cryptocurrency exchange by trading volume, on its official website, the crypto community is probably misinformed to believe that exactly 21 million is the total number of Bitcoin (BTC) that will ever exist.

Binance says due to rounding discrepancy, deduced from the fact that a Bitcoin is only divisible into 8 decimals, which makes it impossible to endlessly half the block reward, leaving the Bitcoin that would ever exist at 20,999,999.9796 BTC.

Binance explained further that the number “21” is triangular in nature. And triangular numbers counts objects arranged in an equilateral triangle.

“21 in itself is a triangular number. Triangular numbers count objects arranged in an equilateral triangle and, as such, make computation easier and more efficient. On top of that, the mathematical explanation for “21 million” has been credited to Bitcoin’s deflationary “block halving” protocol that occurs every four years…”

The calculation credited to a user on StackExchange, as shared by Binance goes thus;

Calculate the number of blocks per four-year cycle:

Sum all the block reward sizes: