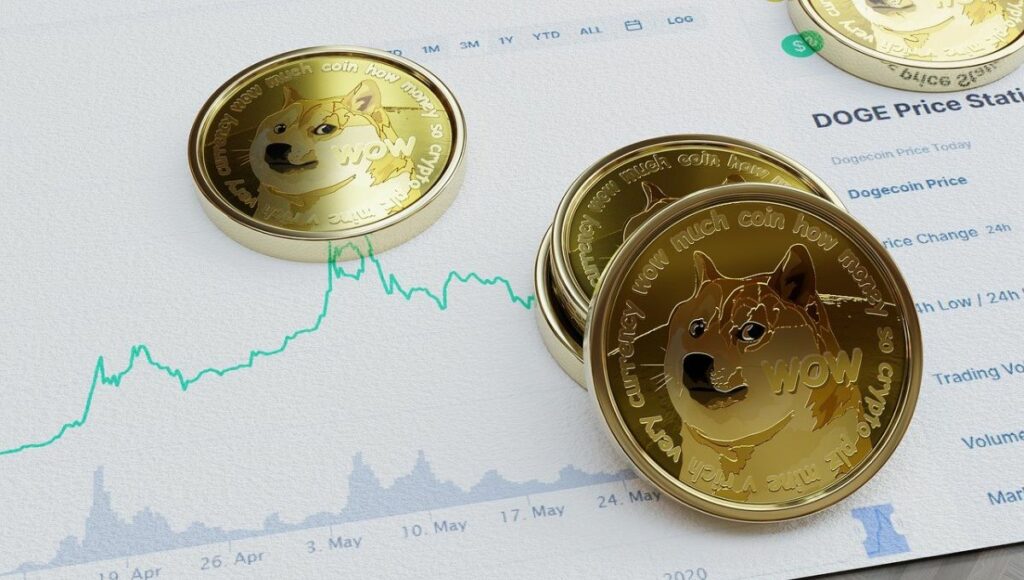 Tesla founder, Elon Musk, is not resting on his oars in seeing to it that the price of Dogecoin pumps as it had done in the past under his influence. His Twitter posts since the start of July have all referenced Dogecoin. Accordingly, his latest Twitter stunt where he updated a profile picture of himself with Shiba Inu-themed aviators is similar to the laser-eyed profile pictures being uploaded by Bitcoin proponents.

The Bitcoin-themed laser eye profile pictures have gained traction in the global crypto community and signify the unwavering allegiance of the bearers to the flagship cryptocurrency. In view of this, Elon Musk’s Dogecoin-themed picture is no exception. Although his actions may still be faulted by some crypto enthusiasts as manipulative, Elon Musk has shown that his interest in the meme-based token is beyond the short term gains. The billionaire is already taking steps towards improving the token, as he revealed.

The recent market fluctuations instigated a drop in the price of Dogecoin from the region of $0.23 to $0.19. Dogecoin had earlier posted an all-time high of $0.73 back in May. Available data puts the price decline since its ATH at an overwhelming 60%.

However, Elon Musk’s latest Twitter stunt has only been able to move the token up by 10%, which is an abysmal performance in comparison to previous attempts at promoting it. Before the latest, three tweets he made this month in reference to Dogecoin only succeeded in moving the price of the token a little. Data from CoinMarketCap show that Dogecoin is still trading below the past 7-day price mark.

Meanwhile, Elon Musk had taken a swipe at Bitcoin and Ethereum this month, saying their payments networks paled in comparison to Dogecoin’s network. He said the latter’s network fared better in terms of transactions throughput and fees. According to Elon, Dogecoin’s network could be improved on, he told developers working with him on the upgrade. Unfortunately, some crypto enthusiasts were quick to remind him that Dogecoin’s network was tied to Bitcoin. As such, before the proposed upgrade can be affected, the devs would have to separate the former from the latter.

Dogecoin has managed to remain among the top 20 cryptocurrencies by market cap despite speculations being raised against its functionality. As Elon Musk looks forward to finding great value for the token, it may gain more traction within the crypto community, though some members of the community still consider Elon Musk as being manipulative with the token.

The SpaceX founder once hinted at making Dogecoin a medium of exchange for Tesla’s electric vehicles. Co-founders of Cardano and Ethereum, Charles Hoskinson and Vitalik Buterin have also proposed a collaboration with Elon Musk on Doge. Despite his withering influence on the price of Doge as suggested by events in the past few weeks, Elon Musk still regards himself as the Dogefather.