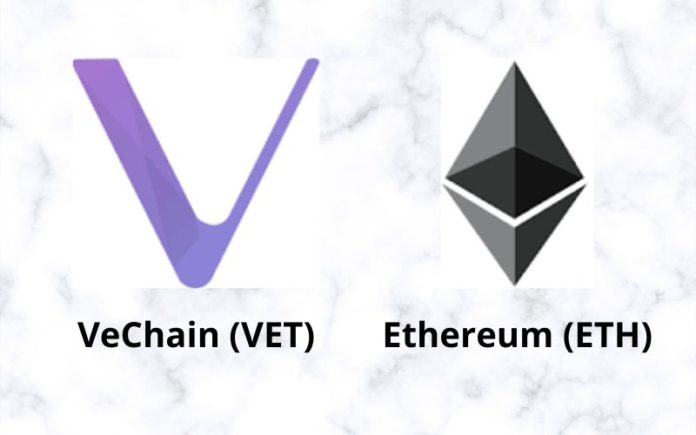 Deloitte Touche Tohmatsu Limited, popularly known as Deloitte, a multinational professional services network based in the United Kingdom, has recently acknowledged that VeChain (VET) is safer and more scalable than Ethereum (ETH).

Deloitte made this known in its recently published report, titled “5 Blockchain Trends for 2020”. In the report, the auditing firm evaluates the rise of the blockchain industry in 2019, and its possible advancement in years ahead, starting from 2020.

In the course of the review, Deloitte rated some projects that are at the forefront in the blockchain industry and suggested how they can keep improving in 2020 going forward.

In terms of scalability and security, Deloitte believes VeChain (VET) outperforms Ethereum (ETH), but the latter is more decentralized than the former.

According to the report, Deloitte believes that scalability, security, and decentralization are equally important features of blockchain. So, the auditing firm concluded that VeChain platform is better for its users than Ethereum, judging by the three important features that constitute blockchain.

“The balance of these three characteristics is thus a major consideration for any blockchain network provider, as well as for their customers who choose to build their solutions on the network.”

Deloitte furthered by predicting an improved performance for the leading blockchain platforms, such as VeChain (VET), Ethereum (ETH), and others alike.

The firm stated that these leading blockchain platforms will be able to maintain their position throughout 2020 by offering their users a variety of features.

Deloitte mentioned Corda, Hyperledger, Ethereum, and VeChain as the blockchain platforms that will remain in the race for leadership in the industry.

A survey conducted in 2019 by Deloitte revealed that investors and companies have shifted their focus to data validation, data access and sharing, and identity protection. Basically, VeChain (VET) is one of the leading blockchains in the listed positions, thanks to its outstanding security and scalability.

On the other hand, Deloitte believes that Ethereum will continue to serve as a platform, where a new token economy is built.