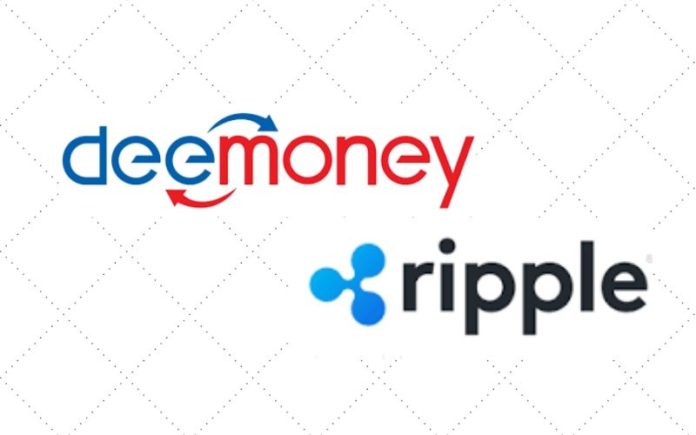 According to the report, through Ripple’s partnership with DeeMoney using RippleNet, over 1 million Thais working globally can now transfer money back home at the lowest fees and best rates.

The report also stated that DeeMoney is the first non-bank institution in Thailand to use RippleNet. The Thailand-based fintech company presently uses RippleNet to process inbound payments into the country.

These remittance corridors are South Korea, Indonesia, Singapore, Israel, including the Middle East and Gulf regions.

All transactions effected via DeeMoney are processed and settled within 24 hours into all Thai bank accounts, making it an effective pay-out partner for international remittance companies with volumes into Thailand.

Using RippleNet, the efficiency of transfers has improved for those sending money from the growing number of financial institutions.

Regarding the second phase of implementation, DeeMoney will use RippleNet to facilitate outbound transfers from Thailand and determine the best partner in destination countries for payouts.

Reacting to the partnership with Ripple, Aswin Phlaphongphanich, the CEO of DeeMoney said, “Ripple is currently at the forefront of technology and compliance regulations. Its technology provides a single, automated system that speaks the same way to all its 300 partners worldwide, making it simple for our tech teams to integrate into our process. This helps to reduce manual work and intervention, which in turn reduces costs, of which the savings are passed to our customers.

“We are excited to partner with Ripple as, together, we aim to democratize finance in Thailand by bringing a new level of efficiency and accessibility for cross-border transactions to and from the nation.”

“The digital banking revolution is taking Thailand by storm, and DeeMoney is a key player in this. By being the first non-bank institution in Thailand to use RippleNet, it redraws the boundaries and rules of engagement by providing efficient international transfers at low fees and competitive rates. Thailand has stated its intention to be a Smart Nation and we are proud to be an enabler of the process by partnering with DeeMoney.”