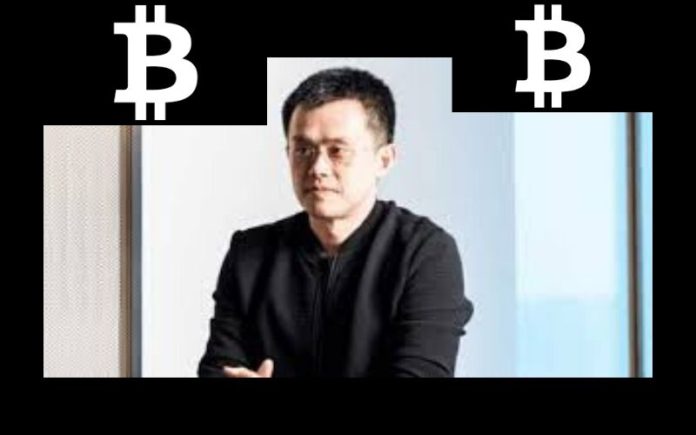 Changpeng Zhao (CZ), the CEO of Binance, the largest cryptocurrency exchange by trading volume, has highlighted how Bitcoin (BTC) reached the current price level and how high it would surge in the future.

In a new interview on Bloomberg Radio anchored by Juliette Saly and Bryan Curtis, CZ Binance was asked to air his opinion regarding the likely trend of the leading cryptocurrency Bitcoin (BTC).

Read Also: CZ States What Binance Will Do to Ethereum (ETH) to Stop Losses Incurred By High Gas Fees

According to CZ, Bitcoin is gaining vast adoption among retails and institutional investors. So, he thinks that this is the beginning of the notable price surge.

Although he thinks it’s difficult to predict the price of Bitcoin (BTC), he believes the cryptocurrency has the potential to attain $1 million, $10 million someday.

“I think for Bitcoin, we are seeing somewhere between a hundred to two hundred million users right now. So with that user base, you have value to that group of people. With price predictions, it’s really really difficult… I don’t know, $1 million, $10 million… very hard to tell.”

In another interview on Bloomberg TV, CZ was asked if some speculative froth is likely in all the latest price trends, coupled with his price target for Bitcoin (BTC) in the current trend.

He replied, “I definitely think this is just a reflection of how mainstream Bitcoin has become, and I think we’re just seeing the tip of the iceberg to be honest.”

“And also from the user numbers, we see I believe the first time I talked with you guys on either in this channel. We were seeing all-time highs of 300,000 registered new register users per day and now with sustained above that peak sustained on a day-to-day basis.“

“This is the thing about crypto: there’s no fair value. You just got to represent how much wealth… If you look at the market, only 11 listed companies have announced they’re holding cryptocurrencies… and if you look at individual holders, I think we’re reaching somewhere around 1% adoption globally.”

Share
Facebook
Twitter
ReddIt
Pinterest
WhatsApp
Telegram
Linkedin
Mix
Previous articleElon Musk Tells Peter Schiff That BTC and ETH Are High, Says He Could Diversify His Portfolio with Crypto
Next articleCharles Hoskinson Highlights Lots Of Developments That Are Coming On Cardano In 2021

Ethereum (ETH) Poised To Hit $10,000 in the Next Market Cycle –Quantitative Analyst Posits