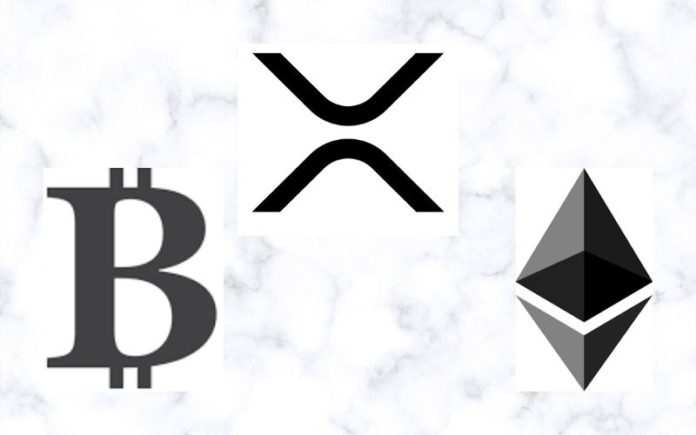 Following BTC’s rally to an all-time high a couple of hours ago, a top crypto analyst and trader, Michaël van de Poppe, popularly known in the cryptocurrency ecosystem as Crypto Michael mapped out the next likely trend for the three largest cryptocurrencies by market capitalization, Bitcoin (BTC), Ethereum (ETH), Ripple’s XRP.

As aforementioned, Bitcoin (BTC), the first and largest cryptocurrency rallied some hours ago to record a new all-time high as hinted by several cryptocurrency exchanges, such as Binance, Bitstamp, and Kraken.

In a new crypto analytic session shared on YouTube, Crypto Michael says he believes that the leading crypto asset is not yet set to go farther above $20,000 resistance level.

“Most likely when you’re getting into the range resistance point, we’re going to reverse and test the range low again.

“I’m not expecting that we’re going to see a continuation from this point here ($19,000) unless, what I just said, in which I’m expecting that we at least are going to this test range lows which is also the CME (Chicago Mercantile Exchange) at $17,000, and a gap like this is usually getting filled.

The trader further averred that Ethereum (ETH) that just welcomed ETH 2.0 Phase 0, would replicate the price correction of Bitcoin (BTC). Although he expects ETH/BTC to keep consolidating between 0.026 and 0.032 until late February 2021:

“ETH at this point, we are just at the range high, which is similar to Bitcoin in general… Once Bitcoin starts to correct, I suspect that ETH is going to correct as well… If we do lose this recent high around $589 which means that if we drop like this and we instantly reject at $589, that’s giving a short trigger and then I’m looking at this range (around $490).”

According to the analyst, Crypto Michael, the third-largest cryptocurrency by market capitalization would continue to trade around $0.58 support level:

This New Report Reveals How Ripple Will Defend XRP and Itself...