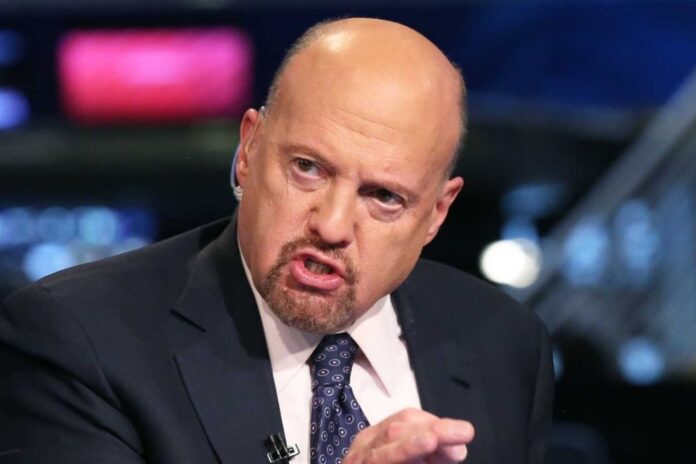 Due to the way GameStop share spiked in the last trading hours on 24th February, the host of CNBC’s Mad Money, Jim Crammer, has urged the GameStop (GME) board to purchase $1 billion worth of Bitcoin (BTC) to maintain the positive price trend of its stock.

Jim Cramer tweeted, “One last time: GME-issue one billion dollars in stock, Buy one billion in bitcoin and watch your stock go to $430… I wonder if Jim Bell objected to that plan.”

One last time: GME-issue one billion dollars in stock, Buy one billion in bitcoin and watch your stock go to $430… I wonder if Jim Bell objected to that plan.

Crammer’s statement is in line with the action of some Wall Street firms that decided to invest a portion of their reserves in the flagship digital currency, Bitcoin (BTC).

Institutional investors are already flocking into the Bitcoin ecosystem. On 24th February, MicroStrategy, the largest independent publicly-traded business intelligence company, announced that it has bought 19,452 BTC worth about $1 billion, which puts the firm’s total Bitcoin holding at 90,531 BTC.

Likewise, Elon Musk’s Tesla, an electric car company has also added $1.5 billion worth of Bitcoin (BTC) to its balance sheet to protect its reserves from a possible devaluation of dollar. Tesla also went further by announcing that it would add Bitcoin as a payment option.

GameStop Stock Gains Over 100% in a Matter of Days

After Keith Gill revealed a massive position in GameStop stock, the price of GME surged over 100% in a matter of days.

Following the Wall Street Bets fiasco that sent the price of GME to levels that nobody could have imagined, GameStop (GME) has become widely discussed as a company and commodity.

In the last hours of trading on 24th February, the price of GME had attained $91.71, which represents over a 100% surge compared to its price about three days ago.

Ripple CEO: I Own and Bullish on Bitcoin; XRP Needs Favorable...