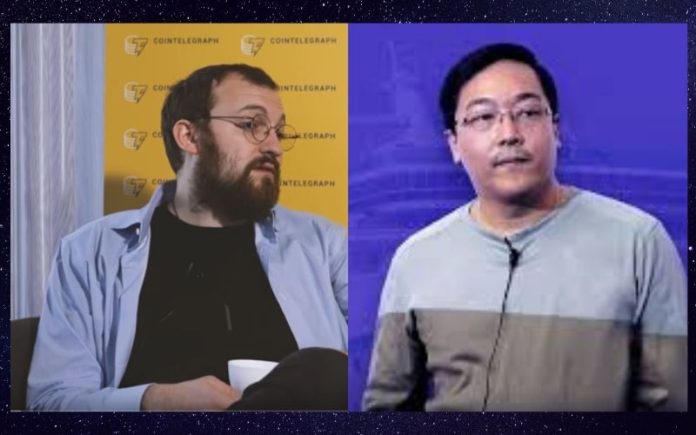 The CEO of IOHK, Charles Hoskinson, has recently showcased his desire to make Cardano (ADA) and Litecoin (LTC) work together for the same goal.

Hoskinson made this least expected call a few hours ago via his official Twitter handle. According to the co-creator of Cardano (ADA), building something tangible with the creator of Litecoin (LTC), Charlie Lee, would be of great importance.

He added that testing cross-chain communication between Litecoin (LTC) and Cardano (ADA) is an idea he desires and loves, believing that they have some things in common.

“Charlie Lee, it would be great to do something together. I love the idea of testing cross chain communication between Litecoin and Cardano. We got a lot of ideas and I’m sure you guys do too.”

@SatoshiLite it would be great to do something together. I love the idea of testing cross chain communication between Litecoin and Cardano. We got a lot of ideas and I'm sure you guys do too

Partnerships Inked By IOHK in the Past Week

A possible partnership between Litecoin and Cardano will only join a number of partnerships recently inked by IOHK.

The firm announced its partnership with Coinbase Custody to allow users to store and stake the digital token ADA.

Also, IOHK announced the launch of a $20 million technology ecosystem fund, in collaboration with Wave Financial Group, the first venture fund to support the adoption of Cardano (ADA) and IOHK blockchain platforms.

Despite having a host of ideas before making the call, Charles Hoskinson believes that the Litecoin team has the capability to come up with own suggestions.

However, at the time of filing this report, the creator of Litecoin (LTC), Charlie Lee, has not responded to Hoskinson’s proposal. But the emergence of such a collaboration will be a great step going forward for the crypto and blockchain industry.

IOTA Moves Closer to the Launch of Chrysalis Phase 2

Litecoin Releases New Version of Litewallet for Android and iOS with...