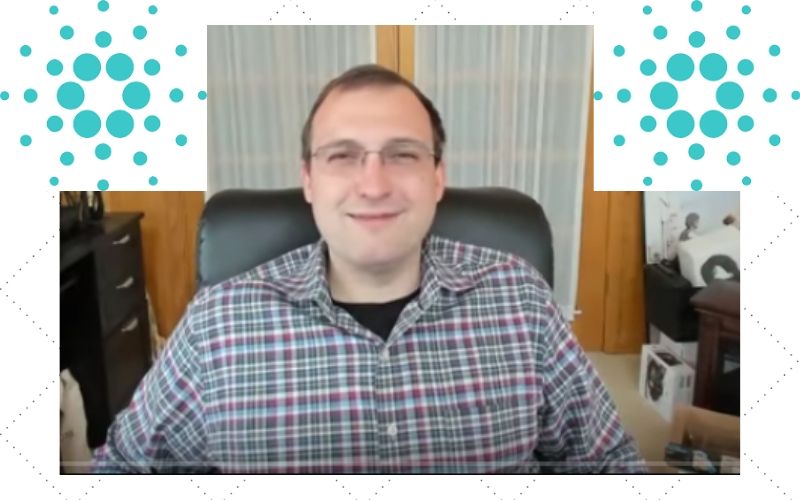 The CEO of IOHK Charles Hoskinson, who doubles as the co-founder of Cardano (ADA) and Ethereum (ETH) shared his Easter Holiday live video update about Cardano development, where he spoke about the advancement of Byron to Shelly.

In the live video, Charles Hoskinson said Byron reboot is on the verge to be rolled out. He stated that two flight candidates have been rolled out already, in preparation for Shelley mainnet, assuring that the third will be out in a matter of days.

“We are in the middle of the Byron reboot which has been successfully rolling out. We have rolled out two flight candidates with a third on the way next week. We have made some improvements to the windows side as well as syncing times, around 30 to 50 percent for most users.”

He furthered that some network issues encountered by users with windows have been properly fixed. He said the issues came from the development gained with Linux and Mac, adding that the issues were more an interoperability issue than a design issue.

Charles Hoskinson elaborated on the next phase of the Daedalus Flight candidate, which he said could be released in the coming days.

He said, “We recently cut Cardano Node 1.10 with the Windows improvements which will work their way to the Daedalus Flight candidate. The next release will likely happen on Tuesday or Wednesday. In the week following we will likely update the mainnet Daedalus to absorb the Flight adaptations. This will be a substantial upgrade.”

The co-founder of Cardano (ADA), Charles Hoskinson said users have been sending feedback of improvements as the testing continues, including the window users.

“The user experience for Shelley will be similar to the ITN and it is ready to go. It just has to be turned on. At the moment we are waiting for the wallet backend to be fully integrated with the Haskell node and for the Shelley node to be turned on.”

About Shelley, Charles Hoskinson further noted that the team has been on the work for about two years, believing that very soon Shelley node will start running internally.

He said, “The Byron reboot was 18 months of work in different silos which came together. Now that it is underway and moving through the network during April, this derisks all the components we need to pull together for Shelley. We should have a running Shelley node internally fairly soon.

“We will have the big stake pool operators on the ITN side become the early adopters of the Haskell internal node. So we will have a node and a CLI for them. Working together we will be able to make sure that they are having a good experience.”

Watch the detailed video of the update below: