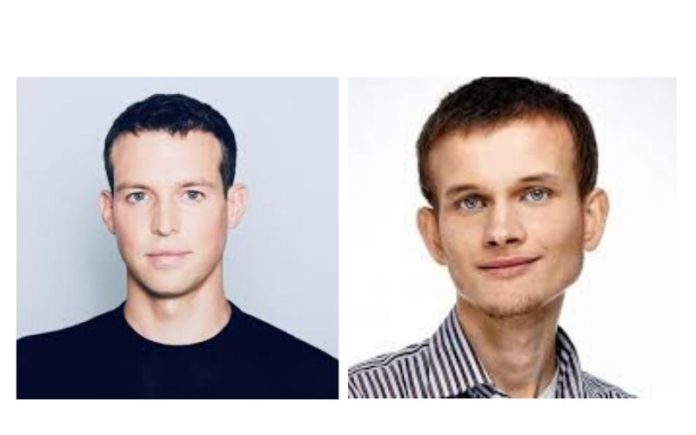 The co-founder and CEO of Block.one, Brendan Blumer recently went into a discussion about full decentralization with the co-founder of Ethereum, Vitalik Buterin.

The two popular personalities in the cryptocurrency ecosystem stressed their opinion regarding the word “decentralization”, which is the embodiment of digital currency and blockchain.

The thread of tweets was started by the Ethereum co-founder Vitalik Buterin, where he questioned the notion of people who say “full decentralization is overkill, you only need non-custodial.”

He further averred that the value of a full decentralized application is based on the fact that it assures users of its unfailing availability, which gives room for users to confidently build on top of it.

Read the assertion of Ethereum (ETH) about Decentralization below:

“People who say “full decentralization is overkill, you only need non-custodial” are missing the point. A fully decentralized (or “serverless”) application is valuable because it gives users the confidence that *it will always be there*, so you can safely build on top of it.”

This is why eg. Uniswap, Tornado Cash, and the like so easily excite people to build ecosystems around them while more centralized alternatives fail. Liveness, not just safety.

“If you build a dapp on top of fully decentralized/serverless infrastructure, then even if the rest of the community around that infrastructure goes away, your dapp can continue to use it; it may be weaker because of a smaller network effect, but it will still work.”

In response to the Ethereum (ETH) co-founder’s point of view, Block.one CEO Brendan Blumer said that the only viable definition of decentralization is a distributed database with no interference of a party or group of parties.

According to Blumer, the attribute of decentralization he mentioned does not exist in any major blockchain.

“How do you define full decentralization and where do you think it exists? Can something fully decentralized ever change, and if so, who as the authority to decide? Must it be democratic? Plutocratic? How does delegation through mining pools or super-nodes impact such status?

“In the way that many use the term ”decentralization”, the only viable definition is a distributed database which no party, or group of parties, could ever change or censor; this doesn’t exist in any major blockchain. It’s about who votes: miners, token holders, or someone else.”

Many cryptocurrency and blockchain big guns, such as Peter McCormack and others also joined the discussion, to air their opinions regarding the vital topic.