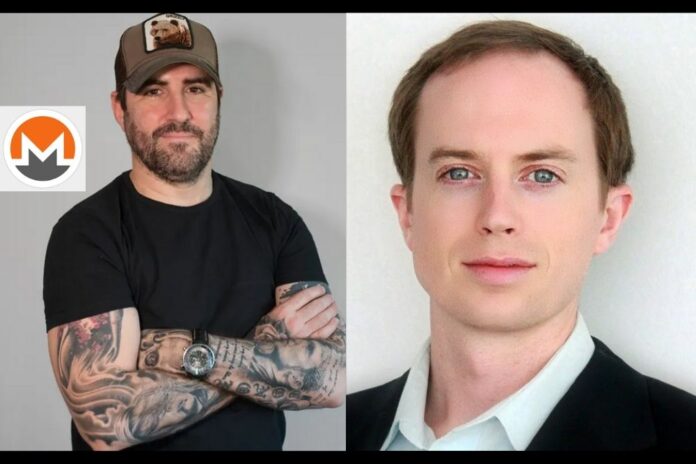 Peter McCormack, the host of What Bitcoin Did, a Podcast centered on Bitcoin-related discussions, has revealed that he does not mind being offered Monero (XMR), the world’s largest privacy coin.

There was a thread of tweets on 20th March 2021, which involved Peter McCormack and another Bitcoin proponent who also support other decentralized crypto projects, Erik Voorhees, the CEO of the self-custody crypto platform, Shapeshift.com.

Read Also: Monero (XMR) To Be Listed On Bitrue Exchange

In the thread of tweets, Voorhees condemned McCormack for subjecting all crypto projects aside from Bitcoin to being shitcoins, believing there are other projects out there with great potentials.

In the course of the altercation between the two crypto big guns, a crypto enthusiast bumped into the discussion with a position that didn’t go down well with Voorhees. The users pointed out that “There is no “decentralized altcoin”

In response to the user’s assertion, Erik Voorhees wrote, “That’s just false. A myth maxis tell themselves and each other to prevent them from the decision of study.”

That’s just false. A myth maxis tell themselves and each other to prevent them from the decision of study.

Peter McCormack also responded by listing features in crypto projects he could adopt aside from Bitcoin (BTC):

Giving the features listed by Peter McCormack a careful look, a Monero enthusiast thinks XMR is the most appropriate:

“Peter, there are at least 100 projects that meet this criteria. The biggest probably being XMR, but I’m sure if you looked on your own you could easily find many more. Not all alt projects are centralized ERC20 tokens. Look at pow projects if you need a place to start.”

In response to the user’s suggestion, Peter McCormack said, “I don’t mind Monero”, a cryptocurrency that vastly represents privacy in the crypto industry.”

Erik Voorhees responded to Peter’s “I don’t mind Monero” comment to show that many Bitcoin maximalists don’t really know what they want.

There are indications that the network of the world’s largest privacy coin, Monero, has not ceased from growing despite challenges.

According to an update shared via the official Twitter handle of Monero (XMR), the number of miners on the Monero network has recorded a new all-time high.

Going by the report, the network has now accrued over 80,000 miners, indicating an influx of new miners into the Monero ecosystem.

Monero tweeted, “The number of miners on the Monero network has broken through the 80k barrier (a new ATH)! A warm welcome to all new miners!”