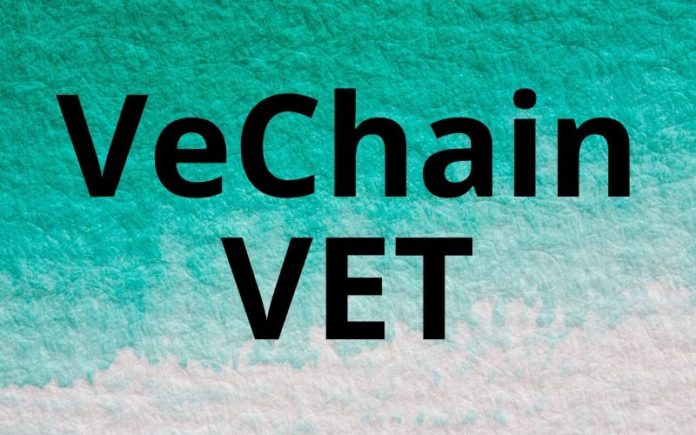 A pseudonymous crypto analyst identified on Twitter as VeThor Vendetta is evaluating the possibility for VeChain (VET), the 13th largest cryptocurrency by market capitalization, to experience a notable upside trend.

According to the analyst, his chart is based on potential scenarios and probabilities. In the case of the digital token VET, he said it has been following the green scenario pretty well but took some time to range sideways.

Using a chart to pass his message, the pseudonymous crypto trader stated that VeChain (VET) now looks ready to embark on a notable price uptrend.

VeThor Vendetta tweeted “My charts are all about potential scenarios and probabilities. Sometimes we start one way and end up another. VET was following green scenario pretty well, but took some time to range sideways, and now looks ready to follow yellow scenario up.”

My charts are all about potential scenarios and probabilities. Sometimes we start one way and end up another. $VET was following green scenario pretty well, but took some time to range sideways, and now looks ready to follow yellow scenario up. #ArrowsUP #VeChain #VeFam #BelieVET pic.twitter.com/4lQOAqBofd

A few days ago, The Wall Street Journal, an American business-focused international daily newspaper, stated in an article that investors are now turning to VeChain (VET) and two other cryptocurrencies in the hunt for cheaper alternatives that are likely the next to go parabolic in terms of price after Bitcoin (BTC) and Dogecoin (DOGE).

The article reads in part as follows:

“After bitcoin and dogecoin’s blistering rally this year, individual investors are venturing further out into the cryptocurrency universe in search of the next big thing.

Read Also: You Are Up Over 3000% If You Bought VeChain (VET) A Year Ago and Held Until Today

“A more than 12,000% rally this year in dogecoin, a cryptocurrency that was set up as a joke and serves no purpose, sent its price to a record 69 cents per token this week. Bitcoin climbed briefly to over $60,000 apiece last month, more than doubling its price since the end of 2020.

“That is prompting investors to turn their attention to newer digital assets such as DigiByte, VeChain and SafeMoon in the hunt for cheaper alternatives that could be the next to skyrocket.”

VeChain (VET) in the Market

VET, the native token of the leading enterprise blockchain platform, has embarked on a fresh uptrend after a long sideways trend.