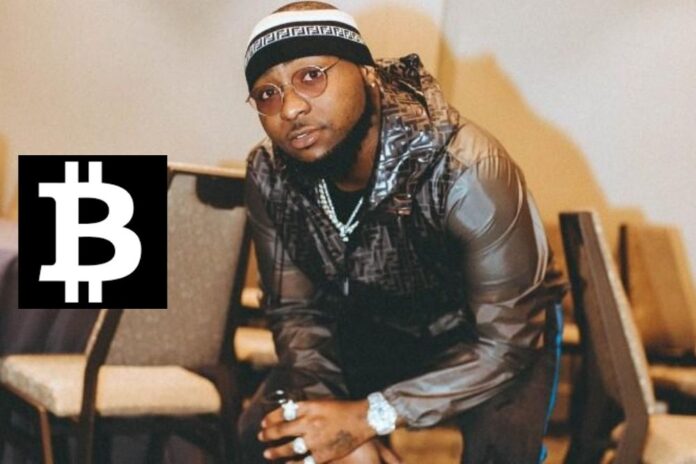 David Adeleke, popularly known as Davido, one of the biggest music stars in Africa, has recently revealed his intention to fully join the cryptocurrency bandwagon by launching a Bitcoin (BTC) trading company.

Obviously, a revelation from such a personality has the potential to massively generate interest in Bitcoin in a country and continent with the fastest-growing number of crypto investors and traders.

The award-winning superstar revealed his interest to delve into the Bitcoin market in a trending tweet with his 8.8 million followers on 2nd February 2021. At press time, the tweet has garnered over 50,000 likes, 6,200 retweets, and 4,500 comments.

Davido is considered one of the biggest artists in Nigeria, as well as the continent, Africa. He has been having a growing interest in Bitcoin over the past couple of months.

In October 2020, the artist signed an endorsement deal with the crypto payment platform, Bitsika, one of the fastest-growing cryptocurrency platforms in Africa:

“Been working on this for a while! Glad to finally announce. My first FinTech partnership. This one means so much to me! Our very own cure for all your transfer and payment issues. Bitsika!! Everyone go download and follow now!”

Been working on this for a while ! Glad to finally announce. My first FinTech partnership. This one means so much to me! Our very own cure for all your transfer and payment issues. @bitsikaafrica !! Everyone go download and follow now! pic.twitter.com/cmsn4N3UlE

The success of Bitsika after sealing the deal is likely behind Davido’s growing interest in establishing a Bitcoin trading company. The deal has significantly aided the firm’s expansion. The trading platform reportedly processed relatively $40 million worth of transactions in 2020.

Moreover, Nigeria is the largest Bitcoin market in Africa and one of the biggest in the world. Due to the failing economy caused by the devaluation of the country’s national currency Naira, there has been an increase in demand for Bitcoin and other cryptocurrencies as a hedge.

Read Also: Binance Now Allows Nigerians to Deposit Up To 18 Million on its Trading Platform

There will surely be a great adoption of Bitcoin and other cryptocurrencies in Nigeria and African nations if Davido makes his intention to launch a trading platform a reality. He has a vast number of followers on all popular social platforms.

Grayscale Adds $93 Million Worth of Ethereum Within 24 Hours as ETH Surpasses $1,800

Bitcoin is the Best Performing Asset in the Last 10 Years...