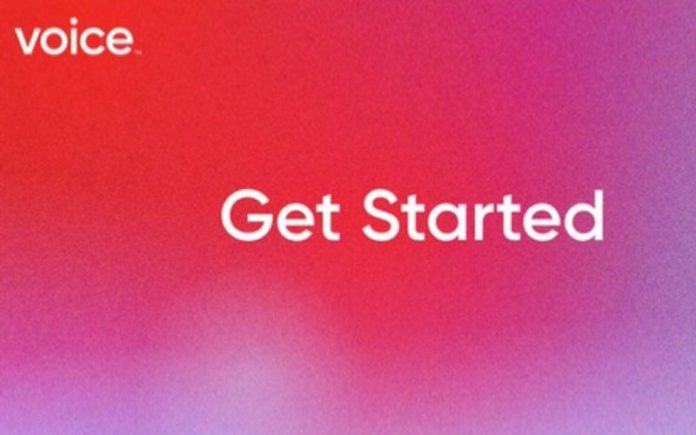 Salah Zalatimo, the CEO of the Voice decentralized social media developed by Block.One, has recently announced that the official launch of the social platform based on EOS.IO will play out earlier than it was initially planned.

Recall that the beta version of Voice App was launched in mid-February 2020 by the EOS developer, Block.One. Back then, the beta version was said to be available for the residents of the United States, who have formally requested.

The CEO shared the latest development via his official Twitter handle a couple of hours ago. According to the report, readers and registered authors will gain the ability to access the social platform in a matter of days.

Salah Zalatimo, who was hired as the CEO of Voice in January 2020, said that the decentralized social platform will be available for readers on 4th January, stating that only registered users will be able to publish or engage on the platform.

Also, registration on the platform will remain by request until 15th August, when users will be allowed to start referring their friends.

Read the announcement below:

“One year ago, Brendan Blumer and Daniel Larimer announced their intention to launch Voice – social as it should be. They spent the better part of that year developing the blockchain tech needed to handle a social platform at scale.

“I joined Voice earlier this year to build a social and publishing experience on top of that foundation. We had been building towards a big reveal this fall. But, we simply can’t wait any longer. We need to take social back from big tech NOW. So, we did what startups do.

“We pivoted, and decided to open up our platform for readers on July 4. Only registered user will be able publish or engage. Registration will remain by request until August 15, when users can begin to invite their friends.”

Bitcoin Price: Top Analyst Tone Vays Stresses What Is Next for BTC after Breaking above $15,000

Tobi Loba - January 11, 2020 0
We use cookies to ensure that we give you the best experience on our website. If you continue to use this site we will assume that you are happy with it.Ok