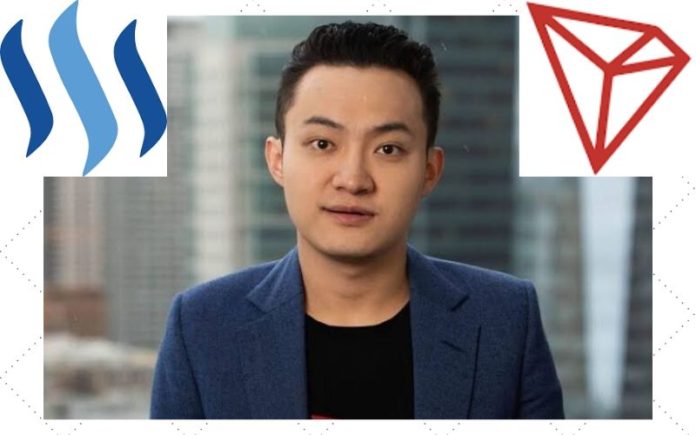 The CEO of Tron (TRX) Justin Sun, has narrated his version of the event that played out during the Hive’s controversial hard fork away from Steem.

He shared his view while speaking at the Virtual Blockchain Week. He spoke about the events involving the partnership of Tron (TRX) with Steemit Inc, and the following hard fork that resulted in Hive (HIVE) forking away from Steem (STEEM).

Sometimes in February 2020, it was announced that Justin Sun had acquired Steemit Inc, which came with the platform founder’s reward of 20% of the STEEM token’s total supply. This resulted in a swift fork by the Steem community to freeze the reward.

However, Justin Sun rejected the narrative that has to do with “acquisition”. He sees the word as the wrong word for what actually played out. He said “partnership” could have been the right word.

He said he does not think “acquisition’ is the right word to describe the partnership between the Tron Foundation and Steemit Inc. At the beginning, we didn’t use the word acquisition, we more talk about partnership.”

He then furthered that,

“Steemit Inc take a certain percentage of the tokens inside of the Steemit ecosystem, and also Steemit.com is one of the most important apps in the ecosystem […] Bitcoin, like Steem, is definitely decentralized, but [some] of the companies, they hold lots of the Bitcoin. So that’s the relationship between the company and the Steem blockchain.”

While emphasizing his preferred nomenclature of “partnership,” Sun acknowledged that, as one of the largest decentralized apps operating on Steem, “Steemit Inc definitely has some influence on the Steem blockchain.”

Justin Sun later narrated the Hive hard fork and its implication on the funds of the people that disagreed.

“First of all, when Steemit Inc [got] into the Steem ecosystem, we find out our assets are frozen by some malicious actors.

“When Hive do the hard fork, they actually frozen and take all the funds of those people who disagree with them not only us, the community in Korea, and China — they just take their funds in the Hive blockchain,” he asserted. “That’s why we collaborated with the exchanges — to get those funds recovered […], and that’s why we believe we are doing the right thing.”

“We just recovered the funds […] we didn’t do anything other than that. We collaborated with some third parties to refund all the funds for the users, […] and after that, we leave all the decisions to be made by the Steem community.”

Solomon Odunayo - October 21, 2019 0
We use cookies to ensure that we give you the best experience on our website. If you continue to use this site we will assume that you are happy with it.Ok