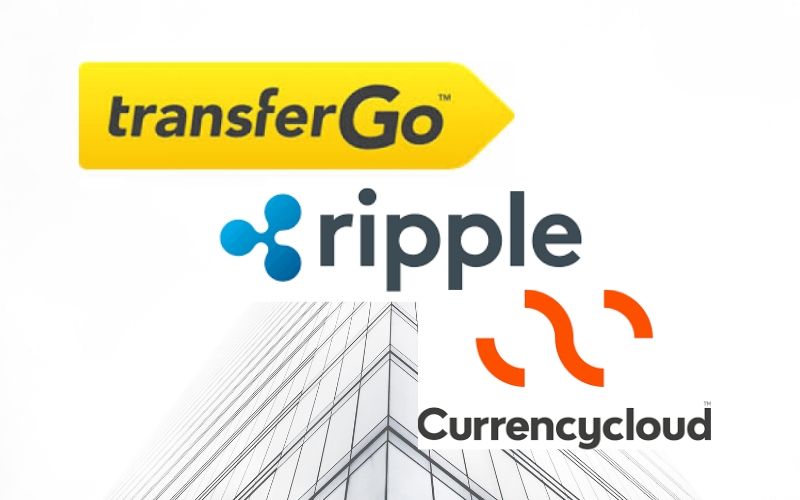 Ripple partner, TransferGo, a fast-growing money transfer company has some hours ago announced its partnership with a global payments platform, Currencycloaud to foster peer-to-peer (p2p) cross-border payments and launch in 14 new markets in the first quarter of 2020.

The gravity of the new partnership between TransferGo and Currencycloud will make the former functional in 69 countries across the world.

The partners of Ripple, the US-based blockchain tech keep striving in the financial space for prominence and expansion, which would eventually benefit Ripple and all its payment tools such as the digital token XRP and RippleNet.

One of the major wishes of XRP community members is to see the digital token XRP expanding in terms of reach and liquidity. And the success of Ripple’s partners in the financial world can make this happen.

Recently, one of the largest Money Transfer company MoneyGram also saw a significant expansion to India through partnership. The breaking news of the partnership was a great moment for Ripple and XRP community.

Details of the Partnership Between TransferGo and Currencycloud

That’s about a 10% increase from the 2017 estimation. Surprisingly, the figure altogether eclipses the total GDP of Argentina and some other countries.

Over the years, cross-border transactions have been a big deal due to the bureaucracy and overwhelming transfer fees created and imposed by banks for processing money transfer in other countries’ currencies.

According to the report, Bringing solutions to this agelong problem birthed the partnership between TransferGo and Currencycloud. This is targeted at eradicating the cross-border transaction difficulty for users across markets, including but not limited to Kenya, Japan, United Arab Emirates (UAE) and Malaysia.

While reacting to the collaboration, the CEO and co-founder of TransferGo, Daumantas Dvilinskas said that the mission of the Money Transfer company is to diversify the access to reliable cross-border remittance for the community of migrants across the world.

He said, “Our mission is to create financial options and access for hardworking migrant communities around the world. At the same time, we recognize that our customers the world over have unique money transfer needs…”

He concluded that the new partnership with Currencycloud will serve as a notable enhancement in seeing through the company’s set goals.

“…Our partnership with Currencycloud will help us meet these varying needs with further scale and reach,” Dvilinskas concluded.

The VP of Sales, EMEA at Currencycloud, Digby Try said, “Currencycloud was launched with the intention of democratizing cross-border payments. Working with TransferGo is a perfect example of how we envisaged helping to make the complicated, opaque and expensive process of sending money overseas far more simple.”

TransferGo is based in London, United Kingdom (UK). The Money Transfer company arguably the fastest and most reliable cross-border money transfer company in Europe.

TransferGo is rated excellent on Trustpilot (4.8), coupled with an NPS score of 75. The company has striven over the years to build trust, transparency and user-experience.

Conclusively, one of the important heights to mention is that TransferGo is one of over 200 banks and Financial Institutions that are in Partnership with Ripple.