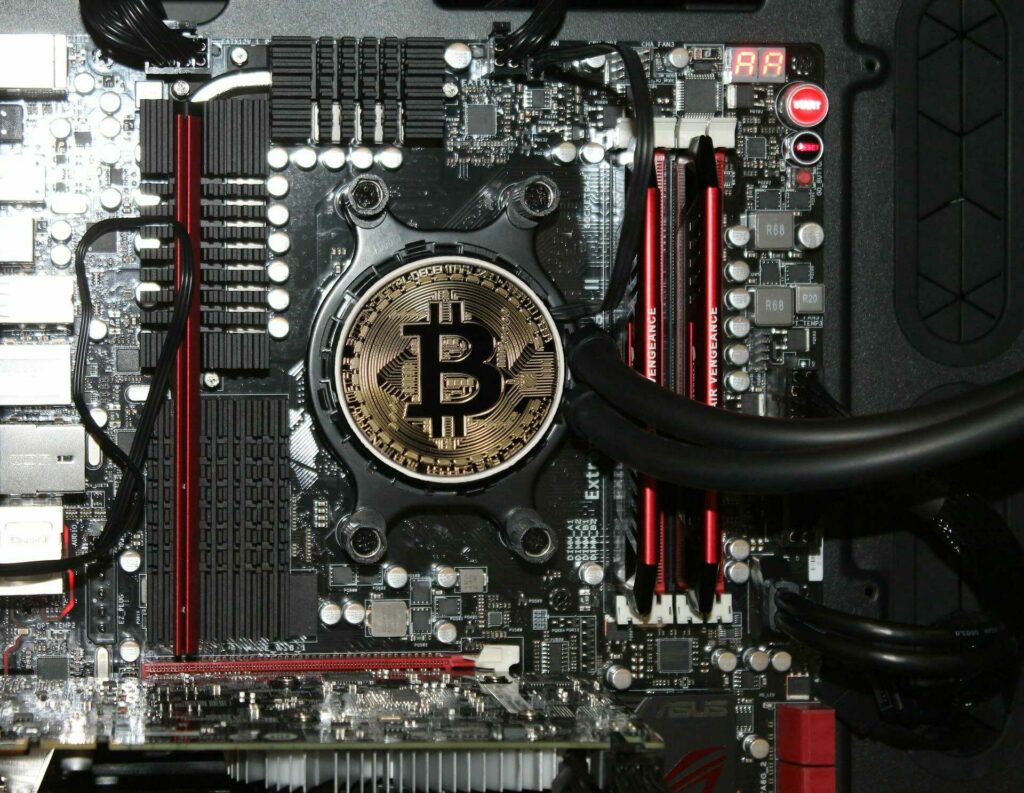 Ripple co-founder, Chris Larsen, has shared his thoughts on the ongoing Proof-of-Work debate at the EU Parliament. The PoW debate centers on the MiCA bill to ban cryptocurrency mining due to environmental and climatic problems. The bill has caused a division in Parliament and is yet to be passed.

Speaking of the BTC ban, Larsen said he never advocated for a Proof-of-Work-related activities ban, adding that he holds BTC in substantial quantities. Larsen responded to U.S. Warren Davidson’s allegations of participating in the crusade in favor of banning crypto mining.

In response to the allegations leveled against him by Rep. Davidson, Larsen said he favors a Change of Code over a total ban on BTC mining. He thinks a ban is not the solution but adopting methods to lower energy consumption. He recently collaborated with Greenpeace to set up a $5 million campaign against banning PoW mining.

The Ripple executive clarified that he wants Bitcoin to be successful, adding that advocating for the ban of crypto mining would only prohibit the flagship crypto from being in use. In addition, Larsen said with Ethereum upgrading to ETH 2.0, aka Proof-of-Stake, Bitcoin will be the only outlier on energy utilization.

Larsen believes that changing the BTC code will improve climate and lower energy consumption. The executive is committed to achieving his climatic goals while strengthening BTC in the long run. Larsen said he invested about $90M in over a year and a half to counter climate issues partly caused by crypto mining.

“We Need to Fix This As Soon As Possible,” Larsen says

Larsen said they need a quick fix to mitigate BTC issues, as it is one of the most crucial digital currencies in the sector. When asked if Ripple would be involved in his plans, Larsen said the efforts are solely his and not his company.

The executive predicts that BTC will use excessive power equivalent to Japan five years from now if they don’t act now. His campaign with Greenpeace will explore options on how to lessen power consumption without affecting BTC or ether.

Larsen is less worried about ETH at the moment, given that the blockchain is on the verge of upgrading to energy-efficient consensus protocol PoS. Based on findings, the expected upgrade will reduce energy usage by a massive 99%. Larsen will only need to worry about BTC.

Bitcoin still trades at the resistance of some of $47.3k, down 0.57% based on this publication. Given the charts, the BTC is poised to embark on a bullish run that will see it hit $50k.