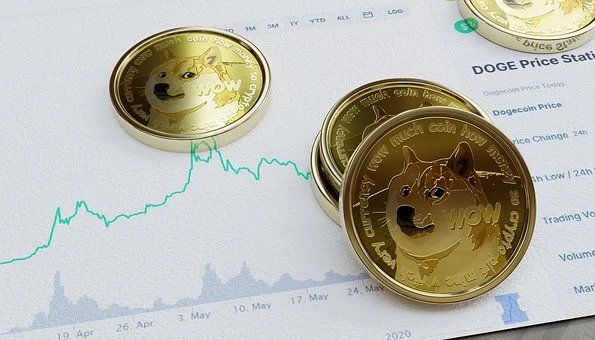 Dogecoin is attracting plenty of proponents to its side despite being a joke token. Dallas billionaire, Mark Cuban has developed a soft spot for the meme token, promoting it at every chance he gets alongside Elon Musk, ‘The Dogefather.’ Cuban has proposed giving more discounts to fans who purchase the merch of Dallas Mavericks- a basketball team he founded- with Dogecoin.

Mark Cuban continues discounted sales for his team’s merch as long as they are bought with cryptocurrencies. This is part of the efforts being made by Dallas Mavericks in its newly launched ‘crypto mania’ initiative. The initiative is well-supported by Mark Cuban. Single purchases of the team’s merch that are up to $150 will receive $25 as money-back if they are done with any of the supported cryptocurrencies, noted Dallas. The team has revealed that the initiative is likely to last until the end of the year.

Until the latest announcement, fans could only enjoy discounts on Dogecoin payments. Dallas Mavericks had begun the initiative in March, encouraging fans to get the team’s tickets and merch with the popular joke token. Prior to this, the NBA team started out crypto payments two years ago with Bitcoin, but this was without much success as it was only able to gather $130 in Bitcoin. Following this, Cuban had highlighted the challenge of mainstream adoption.

In the wake of a bull run in early 2021, the Dallas billionaire changed his previously expressed opinion about Bitcoin. Formerly a Bitcoin critic, Cuban touted Bitcoin as a significant rival to Gold earlier this year, noting it would surpass Gold due to the rate of adoption. In a shift of allegiance to Dogecoin, he stated that Dogecoin is the strongest crypto, marveling at the preference developed for the token by most fans of his basketball team.

“I Only Promote My Companies,” Mark Cuban Argues

Mark Cuban reiterated the views of number one Dogecoin proponent, Elon Musk, asserting that it was the people’s crypto. After he was accused of promoting the token for personal gains, Cuban argued that it has never been his intention to promote Dogecoin; the only thing he promotes are his companies, clients of whom have chosen to purchase goods and services in cryptocurrencies, especially Dogecoin.

Cuban has had a fair share of losses in cryptocurrencies, which seem to be the norm for every investor on his first entrance into the space. In July, Cuban had lost quite a fortune in a DeFi project he promoted after it experienced what the project’s team claimed to be a ‘bank run.’ Still, Cuban said he had gotten out of the project before the ill-fated crash.

The reception for cryptocurrency payments is becoming positive. A number of mainstream firms like PayPal have already integrated crypto payments for their goods and services. PayPal even has a crypto trading app lined up and almost due for launch as it continues its efforts to adapt to the emerging financial infrastructure.