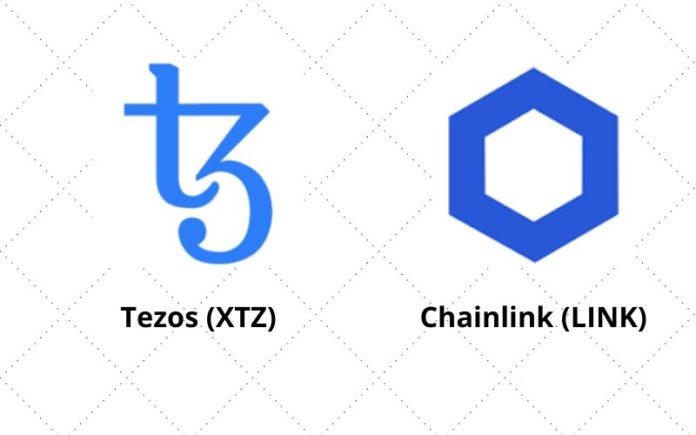 According to a Press Release from PRNewswire, the leading Tezos teams, SmartPy and Cryptonomic are making Chainlink (LINK), a decentralized oracle solution, natively available to all developers building on Tezos.

Oracle is a very important aspect of an excelling blockchain ecosystem, and Chainlink has been proving its worth in setting standards for further recognition and relevance.

This relevance and quality made SmartPy and Cryptonomic teams join hands to make Chainlink the choice oracle solution for developers connecting their Tezos smart contracts to real-world data and systems.

According to the report, this new collaboration is in line with the demand of the developers, which makes Tezos be one of the blockchains backed by Chainlink.

Introducing the functionality of Chainlink into the ecosystem enables Tezos developers to gain access to the power of decentralized oracle networks, to securely and reliably leverage the important off-chain resources and use them in their on-chain applications.

The combination of Tezos’s secure and institutional-grade smart contracts with Chainlink’s tamper-proof inputs and outputs enables the development of highly secure and data-enabled applications that are completely integrated with the real-world systems.

SmartPy Team showcased its excitement in the new collaboration as stated below:

“We are thrilled to collaborate with Cryptonomic and bring Chainlink’s leading decentralized oracle network to Tezos. The quality and functionality of applications built on Tezos will be significantly enhanced with this ability to access Chainlink oracles natively on Tezos.”

Sergey Nazarov, Co-founder of Chainlink also commented on the new partnership as shared below:

“We look forward to bringing Chainlink’s oracle infrastructure to the Tezos ecosystem, supplying Tezos developers with high-quality data to power secure, truly reliable decentralized applications. Tezos is one of the most advanced blockchains in the space, offering many unique features that make it appealing to institutions and developers. We’re excited to help the Tezos ecosystem take that critical step forward in its evolution by securely integrating with the whole spectrum of valuable real-world resources existing off-chain.”

Recap of the Glittering Year 2019 in TRON Ecosystem