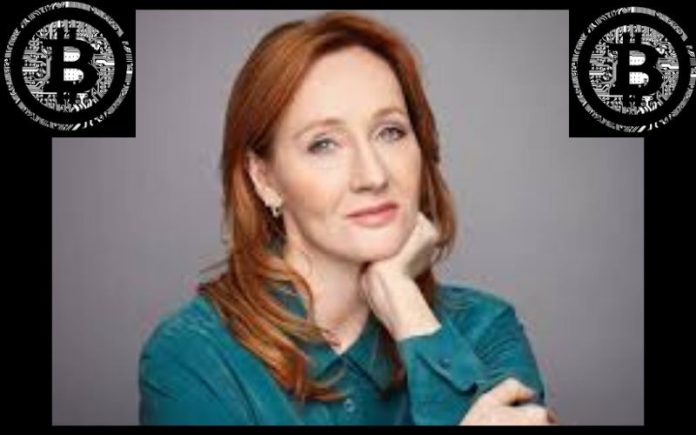 Over the past few hours, the famous author of Harry Potter, J.K. Rowling, has been in search of an explanation that makes sense about Bitcoin (BTC). However, going by her account, she has finally found an explanation that describes Bitcoin in the best way.

J.K. Rowling’s personality drew thousands of attention towards her after making her interest in understanding Bitcoin (BTC) public some hours ago.

Several high personalities in the cryptocurrency ecosystem rose up with earnestness to win the heart of a notable public figure.

Actually, something yet unknown to the observers is the reason for her curiosity at a time like this.

The CEO of Tesla, Elon Musk, also joined the campaign in favor of Bitcoin (BTC). He made his own contribution when it matters most.

He explained Bitcoin as a hedge in the time when the government’s central banks keep printing paper money indiscriminately to save the economy battered by coronavirus pandemic.

Adding that he still keeps his 0.25 BTC worth $2,366 at the time of publication. Obviously, Elon Musk tried his best to be positive about Bitcoin (BTC), an effort the crypto community didn’t take for granted.

However, for the superstar novelist, J.K. Rowling, that wasn’t the best explanation for the digital currency.

Mike Howard, who is possibly not a cryptocurrency enthusiast finally made a response that J.K Rowling found satisfactory.

“Imagine that something exists which doesn’t actually exist. That’s Bitcoin.”

Imagine that something exists which doesn't actually exist. That's Bitcoin.

In response to his notion regarding Bitcoin, J.K Rowling said she has finally found an explanation that makes sense.

She later revealed what initiated her curiosity about understanding Bitcoin (BTC).

“This started as a joke, but now I’m afraid I’ll never be able to log in to Twitter again without someone getting angry I don’t own Bitcoin. One day you’ll see a wizened old woman in the street, trying to trade a Harry Potter book for a potato. Be kind. She did try to understand.”

In conclusion, the famous author of Harry Potter, J.K. Rowling, successfully created a scene and unplanned publicity for Bitcoin and other cryptocurrencies. But it wasn’t a positive call for Bitcoin, as the price of the digital currency nosedived in the market in the middle of the trending scenario.

Man Who Lost Private Keys to an Encrypted File Containing $300,000 of Bitcoin (BTC)