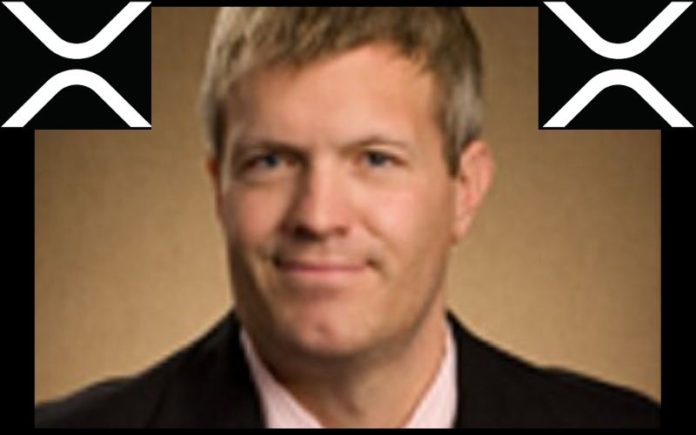 Former PM at Goldman Sachs, Will Meade, who founded a $1.4 billion hedge fund, has recently made it public that he just bought XRP, which is his first-ever crypto purchase.

He shared this new development with his teeming followers on Twitter a couple of hours ago. According to the tweet, Meade has very little knowledge about cryptocurrency, however, he believes that a rise in the leading cryptocurrency, Bitcoin (BTC), is likely to impact XRP as it was in the past.

Will Meade tweeted “I made my first crypto purchase ever this week XRP Ripple I know very little about crypto but I believe a rising tide lifts all boats, so if Bitcoin goes back to its all-time highs then XRP should as well and that would be a 15 bagger 1500%.”

I made my first crypto purchase ever this week
$XRP Ripple
I know very little about crypto but I believe a rising tide lifts all boats, so if Bitcoin goes back to its all time highs then XRP should as well and that would be a 15 bagger 1500% pic.twitter.com/NExlU3UJX7

The recent purchase of the digital token XRP made public by Will Meade indicates that a lot of people are still interested in the cryptocurrency, despite the criticisms directed at the digital currency lately.

Obviously, some XRP investors are staying put with their holdings, with the hope of smiling to the bank in the long run. The below-par performance exhibited by the digital currency year-to-date makes a host of crypto enthusiasts direct most criticisms at XRP and the payment firm that oversees its distribution, Ripple.

XRP and Other Cryptocurrencies in the Market

XRP, the 4th largest cryptocurrency by market capitalization, just experienced a bit of price retracement after an independent price surge that aided it to break above $0.2 resistance level a few hours ago. At the time of publication, XRP is trading at $0.202333, with a relatively 2.68% price increase in the last 24 hours.

The leading cryptocurrency Bitcoin (BTC) has not been able to print a notable price appreciation, which makes some crypto analysts conclude that the market is in the Altseason.

At the moment, Stellar Lumens (XLM) is the best performer among the top 20 digital currencies, with a 24% price increase over the last 24 hours.