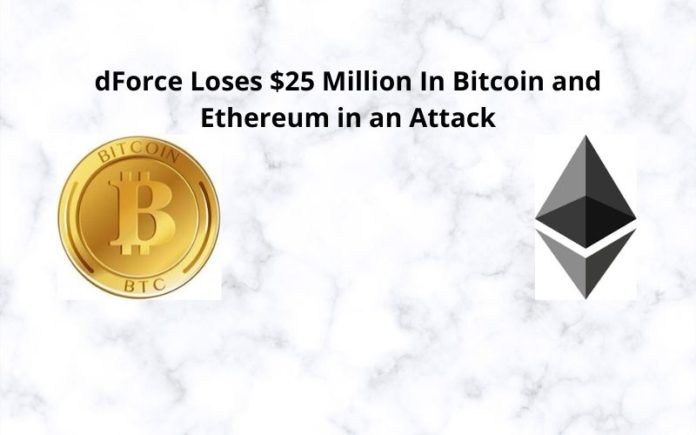 According to a trending report from DeFi Pulse, a decentralized finance protocol dForce has lost over 99% of its assets in an attack on its system on Saturday, 18th April 2020.

This recent loss recorded by the Lending protocol Lendf.me is totaled $25 million in Bitcoin (BTC) and Ethereum (ETH). The funds disappeared from its wallets late Saturday and early Sunday after a coordinated attack. Lendf represents one of the two protocols backed by the dForce Foundation.

Speaking to a Chinese media outlet, the lending protocol said, “Lendf.me confirmed it was attacked at 8:45 Beijing time Sunday at block height 9899681.”

According to speculation going around among other DeFi protocol builders, the attack was initiated by imBTC, an Ethereum (ETH) token pegged one-to-one with Bitcoin (BTC), which was used as collateral that suddenly turned fraudulent, giving room for the attacker to siphon funds without stress. 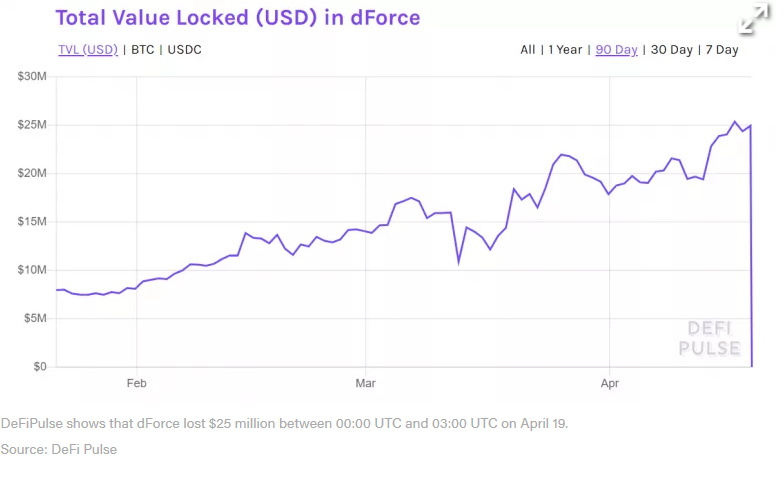 It reads on Lendf’s official website that “Do not supply anymore!” While Mindao Yang, the CEO of the dForce foundation claimed that the team is still investigating the incident, urging users not to supply any asset into lendf.me from now till further notice.

Robert Leshner, the founder, and CEO of Compound wrote:

“If a project doesn’t have the expertise to develop its own smart contracts, and instead steals and redeploys somebody else’s copyrighted code, it’s a sign that they don’t have the capacity or intention to consider security. Hope developers & users learn from the Lend.me hack.”

Leshner further told CoinDest that “This is a follow-up attack to the imBTC Uniswap attack yesterday”, noting that imBTC is not a normal Ethereum (ETH) asset.

He added that “Smart contracts that include imBTC have to be extra cautious, and write additional code to protect against ‘re-entrancy attacks.”

Coinbase Users Can Now Use BTC, ETH, XRP to Pay For Goods Directly

Tobi Loba - April 21, 2020 0
We use cookies to ensure that we give you the best experience on our website. If you continue to use this site we will assume that you are happy with it.Ok