Crypto Has Value: How Warren Buffett Spent TRX and BTC Gifted to Him by Justin Sun 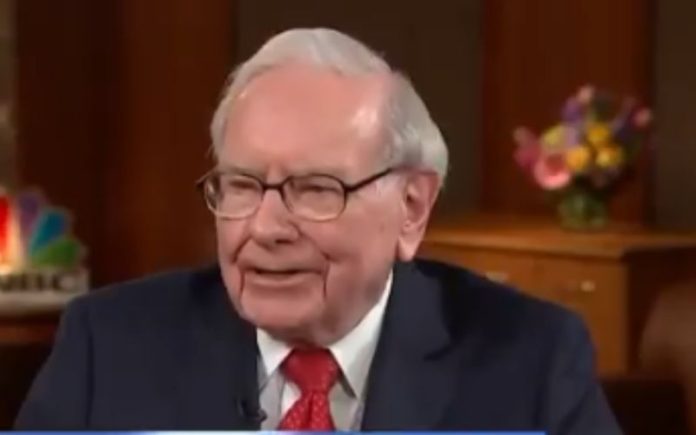 It turned out to be a huge attraction in the cryptocurrency sphere some hours ago after the US-based billionaire Warren Buffett once again made his stance known regarding cryptocurrency.

About 2 days ago, Warren was in a conversation with Becky Quick of CNBC’s Squawk Box. There, he disclaimed having an interest in delving into cryptocurrency now or in the future.

To cap it all, he said, “Cryptocurrencies basically have no value and they don’t produce anything. I don’t have any cryptocurrency and I never will.”

Obviously, he has made his stance known, and he may not change his mind about cryptocurrency in the future, but what has to be considered now is how he spent the BTC and TRX gifted to him by Justin Sun.

According to Misha Lederman, Co-Founder at IAmDecentralized.org, who is also a diehard Tron (TRX) enthusiast, Warren Buffett is a dedicated Philanthropist.

He shared this while reacting to the trending video interview on Twitter. He added that Warren was thankful for the gifts he received from Tron’s CEO Justin Sun and then gave them to GlideSF charity.

This could be the reason he disclaimed holding any cryptocurrency at the moment. Justin Sun’s cryptocurrency gift is clearly not in his possession anymore, going by Misha Lederman’s assertion.

Lederman wrote, “Warren Buffett is a true mensch & philanthropist! CNBC’s Becky Quick called Buffett to ask what happened w/ the Bitcoin & TRX he was gifted by TRON’s Justin Sun: “He was very thankful for it & gave it to GlideSF charity” – “Neither was lying”

CNBC's @BeckyQuick called Buffett to ask what happened w/ the #Bitcoin & #TRX he was gifted by #TRON's @justinsuntron:
"He was very thankful for it & gave it to @GlideSF charity" – "Neither was lying"pic.twitter.com/z0DVWkKSFk

He gave them out to fulfill his passion because they have value. For this fact, Justin Sun’s effort has not gone down the drain because his gift to Warren Buffett was spent judiciously, only because cryptocurrencies have value.

“Warren Buffett doesn’t own any Bitcoin TRON or crypto anymore. But he did own it & give it away to GlideSF charity. Giving it away to charity means that Buffett understands that the crypto he gave away has value. Thanks for your belief in BTC & crypto Warren Buffett,” Misha Lederman added.

Justin Sun Clears the Air Regarding His Trending Comment against Tron...